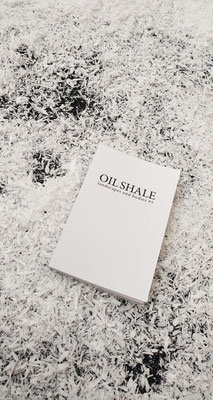 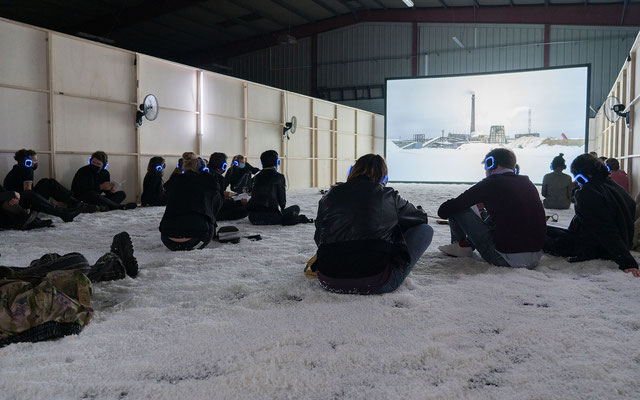 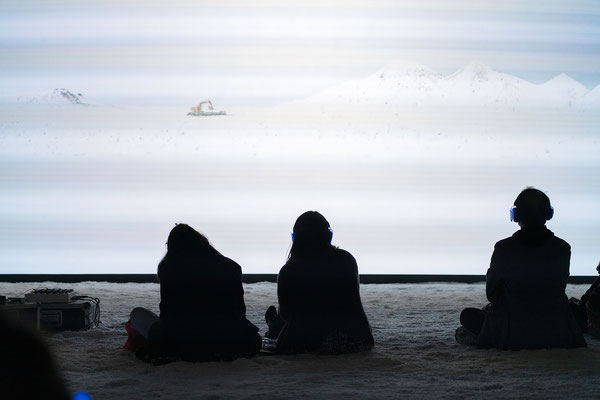 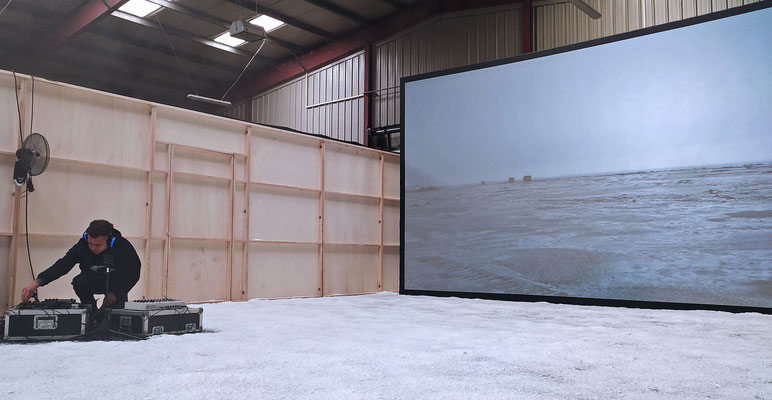 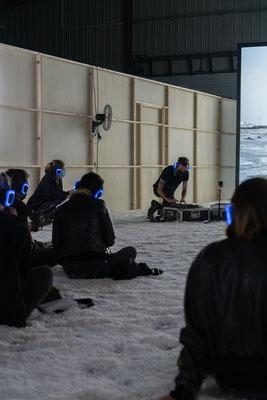 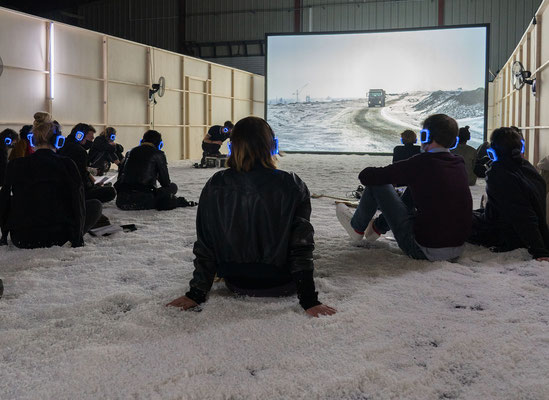 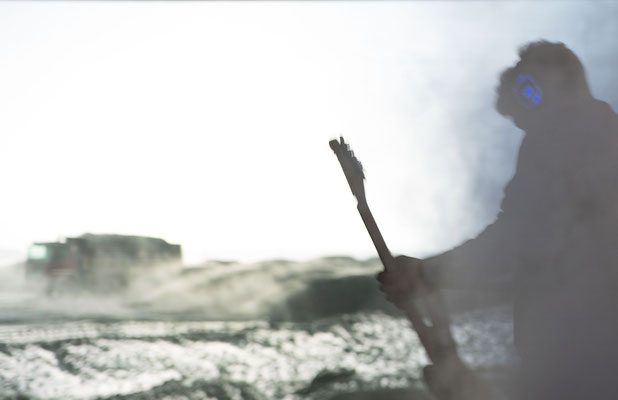 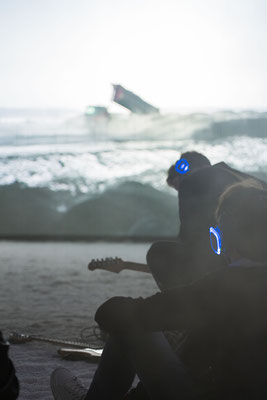 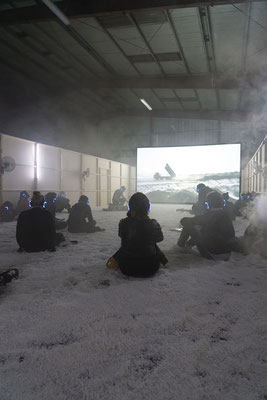 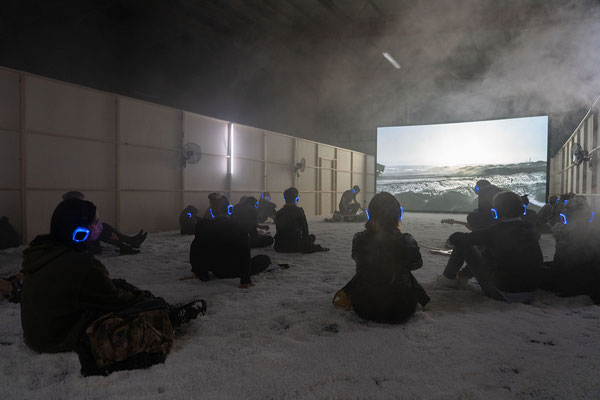 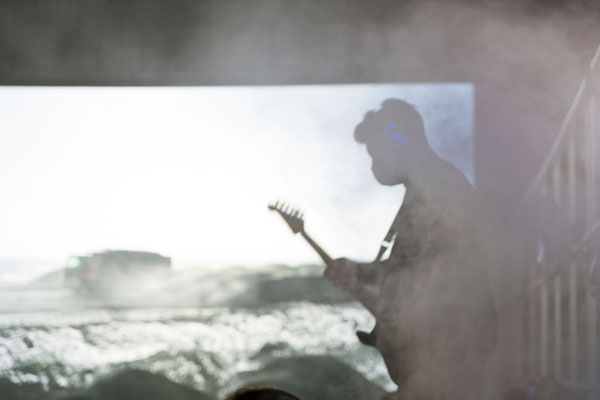 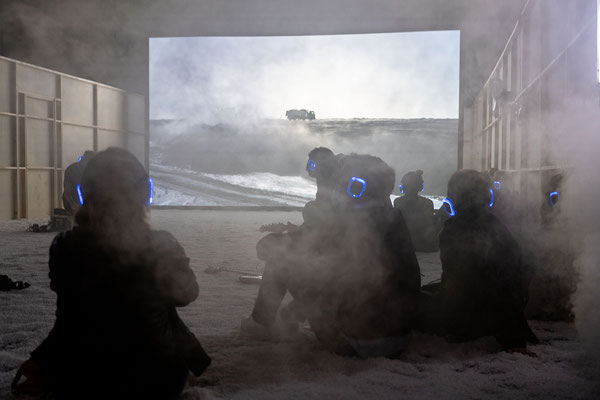 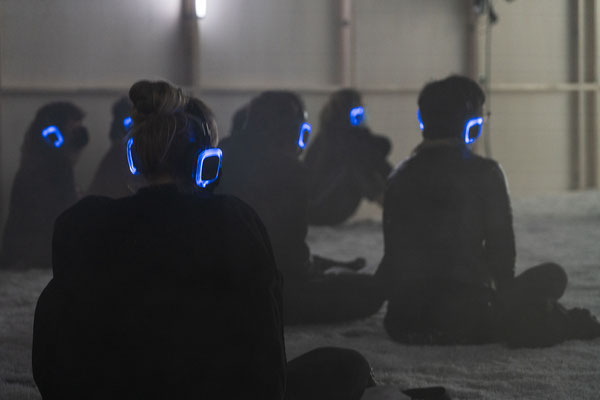 landscapes and bodies is an immersive performance parcours that is dedicated to the political, social and ecological consequences of underground and and open-cast mining.

The five-part performance series landscapes and bodies was developed by Kötter/Israel/Limberg in collaboration with musicians, performers, theoreticians and local mining workers from Indonesia, DR Congo, Estonia, Leipzig and the Ruhr Region. The respective works explore the local and global influences of the extraction of raw material on landscapes, living environments and the living together. Each work is understood as a case study.

The titles of the subprojects refer to aggregate states and processing mechanisms of the raw materials which on the one hand serve as concrete models for the theatrical transformation processes and on the other hand as metaphors for dealing with fundamental questions of local and global coexistence.

The comparisons of a post-mining era in East and West Germany with the brutal reality of raw material extraction in the global South in the first four parts are supplemented in OIL SHALE by a view of the outermost European periphery. The mainly Russian population of the East Estonian region of Virumaa lives from environmentally damaging oil shale mining between open mines and socialist housing blocks. The agricultural and social effects encourage separatist attempts. A form of mining, where Europe is at stake. Together with the Estonian- russian industrial rock band KEETAI Kötter/Israel/Limberg are working on another adaptation of their series landscapes and bodies for Kunstfest Weimar 2021 and the Estonian theatre festival Performa Borealis Tartu 2022.

Underground and surface mining are not only global economic strategies of exploitation, trading and transporting raw materials depending on a constantly changing demand for natural resources. Mining is first and foremost the practice of the fundamental transformation of space and as such it moves and distributes individuals, groups and entire peoples within it. Mining irreversibly changes the everyday experiences of local communities and their natural living environments: villages are resettled, temporary camps for miners are created, new mining cities are planned and built, mountain peaks are turned into open mining pits, open cast mines turn into touristic lakes, forests become deserts and rivers become slag heaps. The relationship between natural spheres of life and rural and urban forms of settlement, between landscapes and the distribution of bodies in them - the fundamental concepts of coexistence - are profoundly changed, transformed and recoded. For the artist collective Kötter/Israel/Limberg the questions of mining are primarily spatial-political questions of coexistence and thus genuine questions of 360° film and theatre.